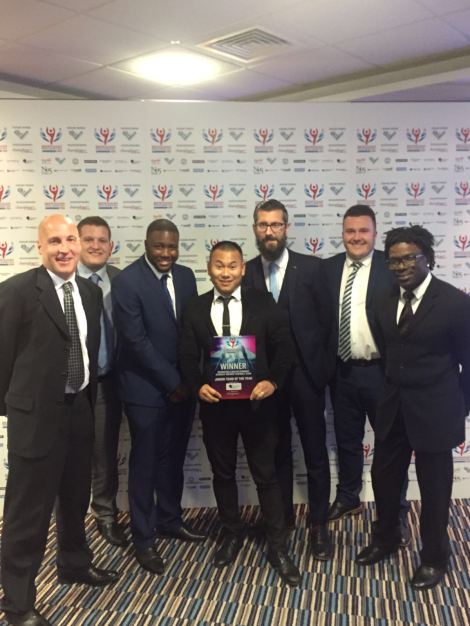 The team that keeps on giving, just gave one last time on Thursday night!

At a star studded bash at Edgbaston Cricket Ground, the Ton received their award from Villa hero Tony Daley, whilst receiving a big shout from Big Ron Atkinson, who played for Saltley whilst at Lea Village School. 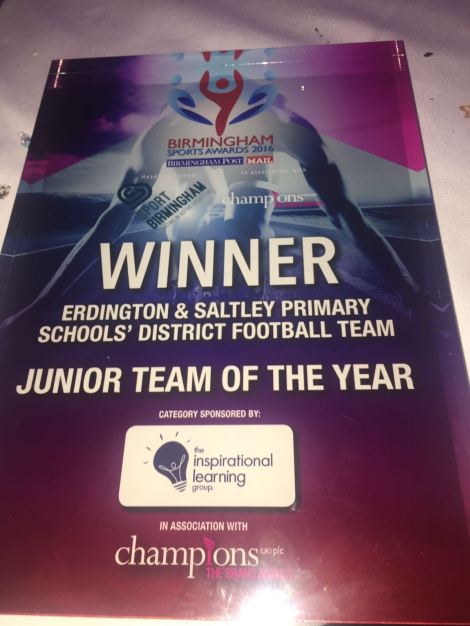 As the boys were all tucked up in bed, it was left to the three of us (me, Tonn and Lamar) to collect the award. Although we are nowhere near as important as the boys of 2016, it was a great pleasure to pick up the award on their behalf.

Words simply fail me. A group of fine young men who just so happened to be very talented footballers too! 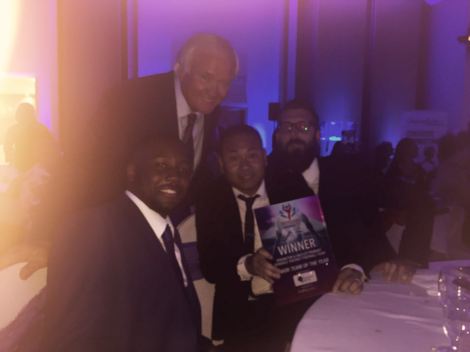