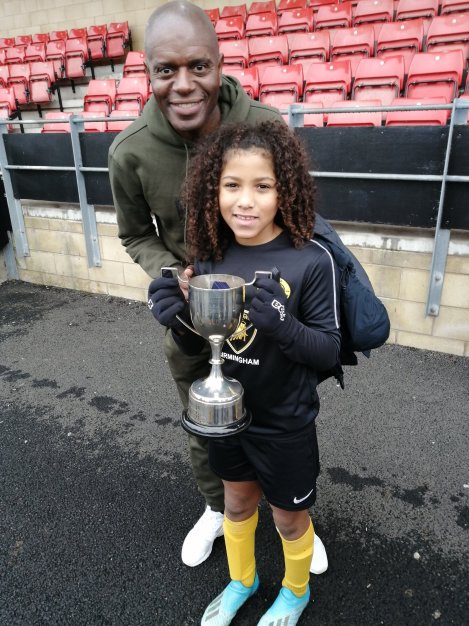 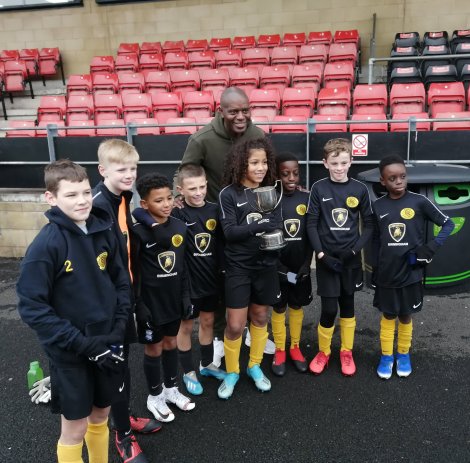 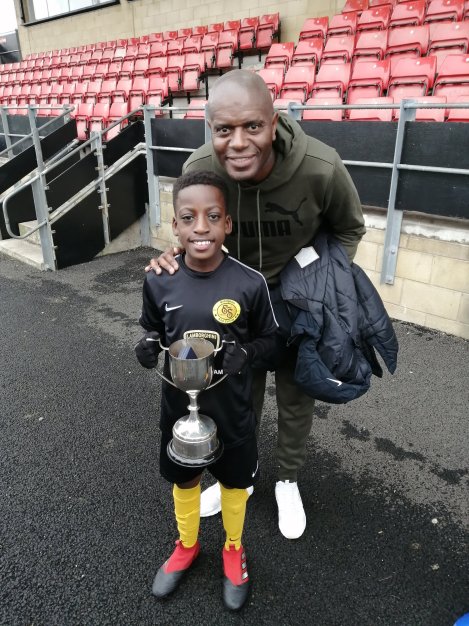 Man of the Match: Ethan – a defensive rock!

On a bitterly cold (but thankfully dry) Saturday morning, the boys wrote their name in Erdington and Saltley folk law by retaining the West Midlands County Schools 7-a-side title they won for the first time ever in 2018. With three members of the 2018 winning side in action (Danny, Ethan and Markie), the boys knew they would have to hit peak form if they were to win the 2019 edition and take one step closer to the national finals.

Unfortunately we didn’t get into our stride throughout the group stage and only managed to score a solitary goal. With a one nil win against Sandwell in our opening game, the boys put themselves one win away from the knock-out stage.

Yet despite their best efforts against East Birmingham, they simply couldn’t score. With both their post and crossbar rattled, East dug in deep and worked tirelessly for their point.

That meant the final group game had more riding on it that we would have hoped for. Wolverhampton sat top of the group after two wins from their opening two games. After failing to pick up the tempo against East, we at least did that against our Black Country rivals, although once again we failed to find the back of the net.

Fortunately for us, we qualified from the group and in true tournament style, grew into the morning as we saved our best two performances of the day for the knock out round.

Against Dudley in the last four, we battled our hearts out and truly worked as a united team. Each one of the boys threw their body on the line, as epitomised by Markie and Lennon, when the former decided to try and eat the latter’s head! To cut a long story short, the boys were simply prepared to leave everything on the pitch for a place in the final.

With a superb 1-0 victory behind them, The Ton squared up against good friends in a final for the second time this season, after meeting them en route to lifting the Birmingham Primary Schools’ 7-a-side in September.

Once again, there was no questioning the commitment of the boys. A switch to a three man defence saw Jason drop into the back line, and the St. Mary and John wing wizard ran his socks off up and down the length of the pitch. Likewise, up top, the third of our three under 10s in action, Keon, chased, harried and closed down every Sutton Coldfield player within 20 metres of him.

However, it was in defence where the plaudits should be showered most. With five clean sheets from five games, Hughie, Joshua, Danny and Ethan ensured our recent knack of conceded a few goals while scoring even more was reversed. The boys were hostile in defence, refusing to allow anything to get through. Ethan in particular put on an incredible show of resolute defending.

With a 2-0 win, the boys continued their incredible start to the season and made it two tournament wins from two.

We can’t wait for the Midlands round of this prestigious tournament and look forward to travelling to Nottingham early in 2020.

This team continue to grow as a unit and go from strength to strength. They are a pleasure to work with and a joy to watch.

Next Erdington and Saltley Match