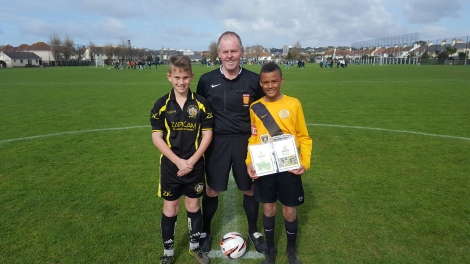 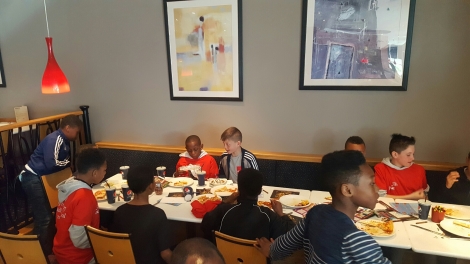 The final match day had arrived. After playing some stunning football throughout the week, we were determined to end on a high against our good friends from Gloucester.

Over the past few years we have played many great games against Gloucester B, but today was our first encounter with Gloucester A. After ending the group stage unbeaten, we knew our opponents were going to be a tough nut to crack.

The first half saw us have the majority of the ball and deservedly take a three goal lead. Despite failing to add a fourth during the second half, we dominated play and passed the ball around in a way that I’ve never seen the boys do before. Their play was so mature and intelligent that the lack of further goals was not an issue.

More importantly the boys, along with the Gloucester boys, played the game with a great sporting attitude and it was a superb advert for Jersey 2016 and district football in general. We can’t wait for our away trip to Gloucester in two weeks!

After stuffing their faces with pizza and ice-cream at Pizza Hut, the boys wanted to spend the afternoon doing something that they’ve become fairly decent at…playing football! St. Brelade’s beach was the venue and a mammoth two hour game capped off a stunning week.

Lesson four…shirts and ties are needed for the end of week dinner!