“Phil, you know this queue that we’ve been in for 20 minutes? Well it goes to France.”

And so it had started. Thankfully this year we had no Segways to worry about, meaning the lost time spent in the wrong queue wouldn’t hamper us too much.

Now safely through to the departure lounge, the boys started to get really excited, as well as determined to spend all of their money on chocolate and fizzy pop. To say the boys were excited would be like saying Mr Kipling likes to bake in his spare time. An understatement. 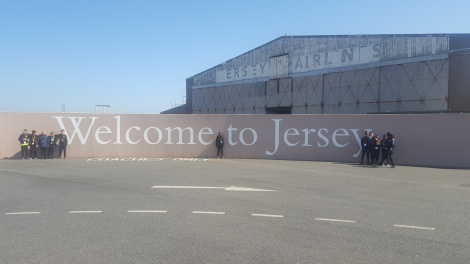 Safely arrived in Jersey, the excitement levels ramped up a notch, although fortunately the beautiful St. Brelade beach was the ideal playground for them to put their excitement to good use. Beach football, cricket, and general water splashing tomfoolery were aplenty. Four hours under the glorious Jersey sun whizzed by in the blink of an eye! 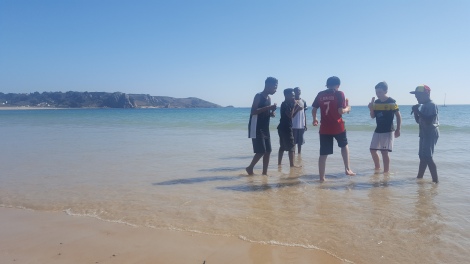 Next up was dinner. Thankfully by the time of our second shared meal of the day, the boys had remembered that they weren’t allowed to wear hats at the dining table. All of the boys gave everything on the menu a go, with Blessing ordering everything and eating one fork full from each dish. At least he enjoyed the bread rolls. 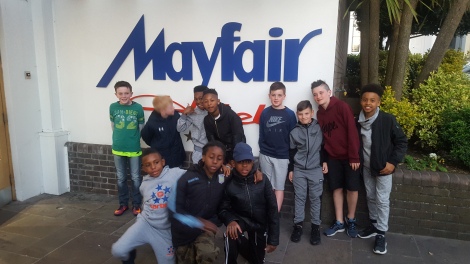 After an evening walk around the town of St. Helier, the boys were given some free time to explore the hotel and relax. Some did this by playing table tennis, others used the hotel computers and the rest ran and bounced around whooping and laughing as if they hadn’t been awake since 6:30am.

After a long , incredibly enjoyable day, not one of the three mobile phones smuggled onto the island were missed or yearned for. Result! 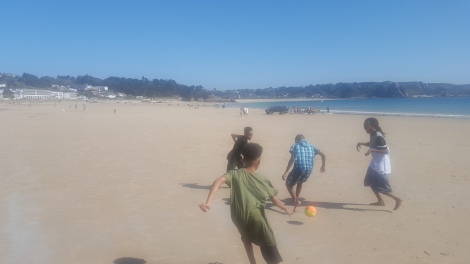 The holiday of a lifetime had started with a bang!